BMW France, working with HPN Motorradtechnik, a small Bavarian company formed by ex-factory race engineers, prepared three special R80G/Ss for the 1981 Paris-Dakar. They finished first, fourth and seventh. Though gearbox problems foiled their 1982 campaign, BMW won the event in three consecutive years from 1983-5 with a bigger-engined 1,000cc version.  Some more modifications were made and the R100GS was born.

Overall, the new GS was bigger, heavier and less off-roadable than the G/S, but struck the right note in terms of its intended market. Offered alongside was a Paris-Dakar version with larger gas tank, hard bags, luggage rack and front impact bars. These items (except the gas tank) were incorporated into the GS for 1991.

So, with all of this being said, and having recently caught the airhead bug, the R100GS Paris-Dakar would be the next bike to add to the lot. And so it begins ....  Harmless searches on the interwebs like a good friend of mine calls it.  An occasional nice example coming up on eBay. Nice Bumble Bee example in TX, little pricey but has my interest.  So I discuss this with my buddy and he says why don't we just build one?  Find a good frame, motor, transmission and we then just bolt stuff on and make a GS.  Hmmm, interesting thought.  Ended up finding someones abandoned project bike on eBay and bought it.  No title though, so this could be an issue in MD.  However, there are lots of good bits on this bike ...  And time goes by, not doing anything with this project bike ... and the GSPD bug strikes again.

I see a listing on eBay depicting this bike: 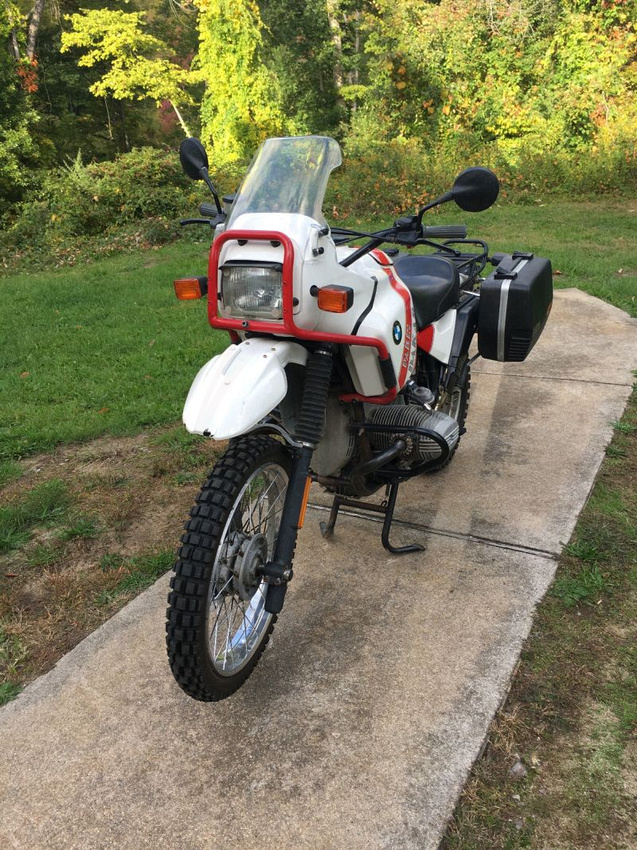 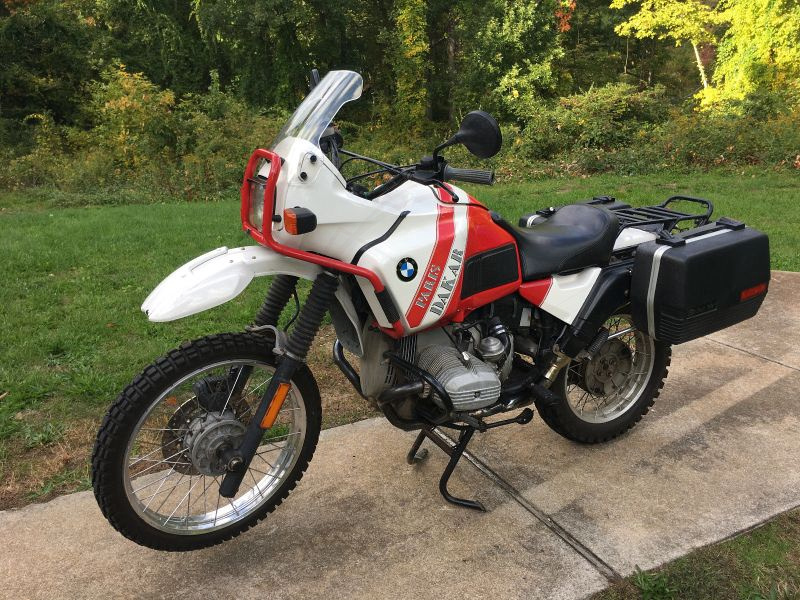 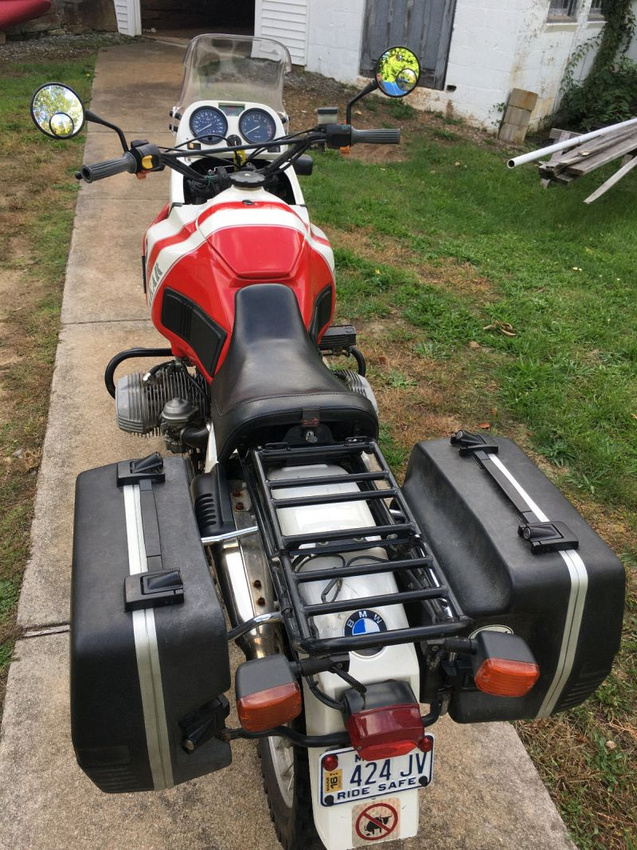 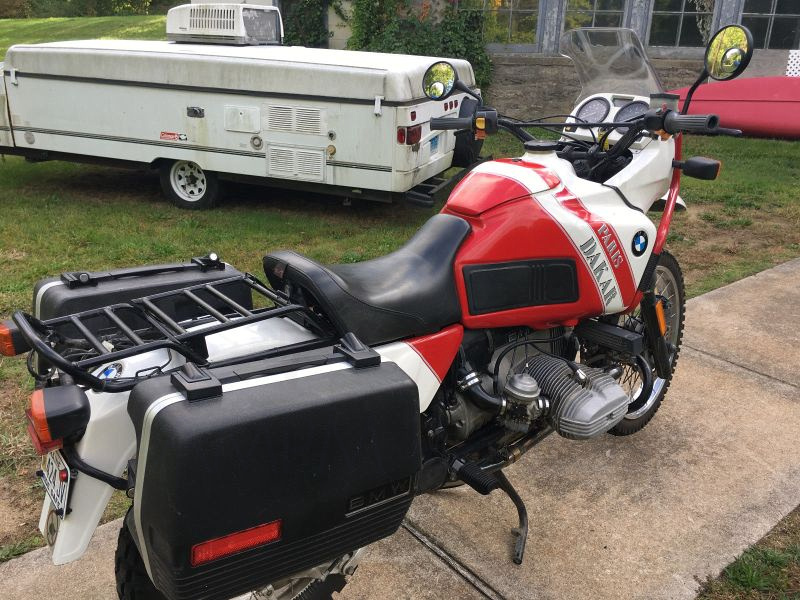 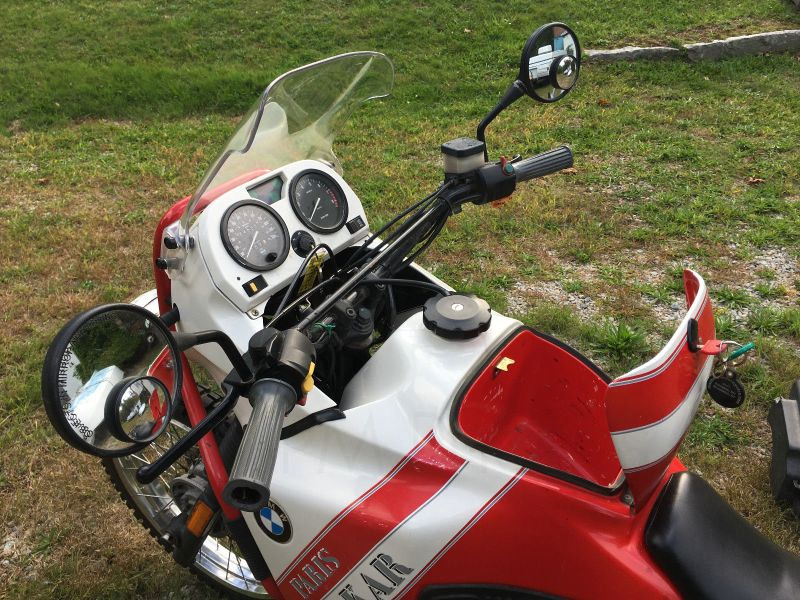 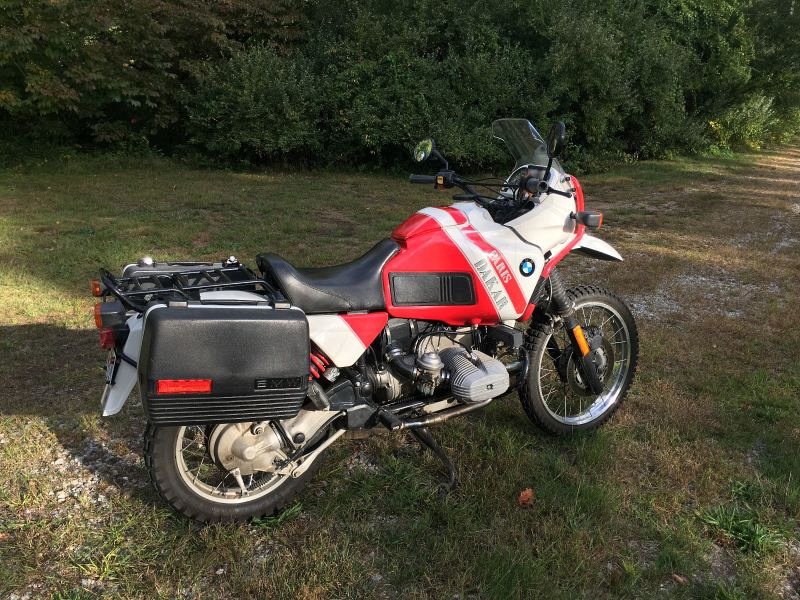 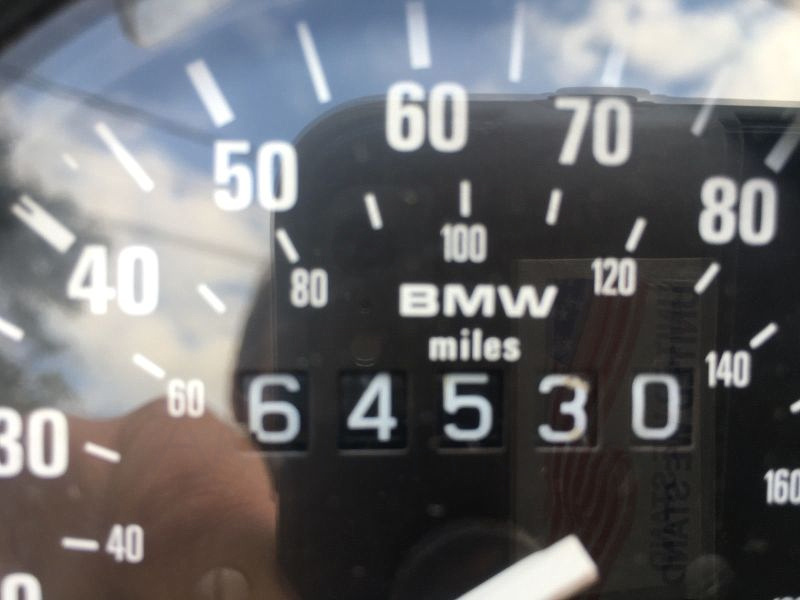 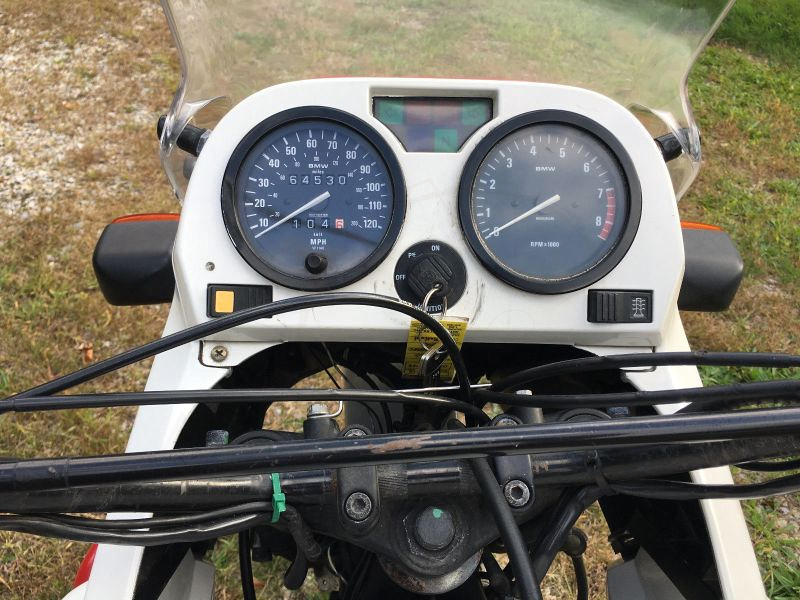 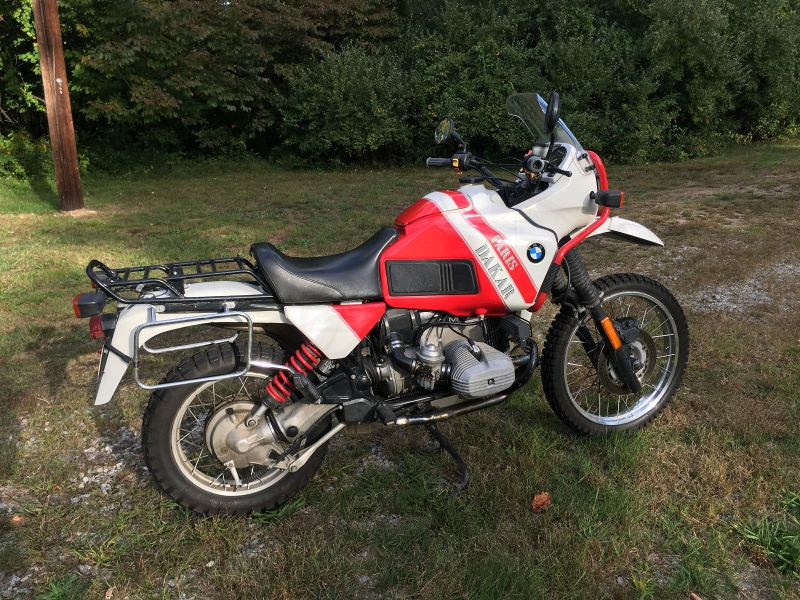 I contacted the owner via eBay, after some email exchanges and one brief phone call I decided I got the "warm and fuzzy" I needed and pulled the trigger on the "Buy It Now" on 10/28/2016.  He indicated storing the bike for a little bit would not be an issue, I promised to be up in a few weekends to retrieve it.

Drove to CT Friday 11/4/2016 - got the bike on Sat. the 5th.  Loved it right away, it is a bit "rough in spots, has quite a bit of patina, just like any good used GS should.  Bill and I went over a few items on the bike, I took her for two quick rides.  This bike is fun to ride!  The 1070 kit sure does give it a little "kick". My hands got cold (no hand guards) but the heated grips did the trick for the short ride.  I'm also not used to only have such a small fairing for wind & cold protection, might have to re-visit options for that down the road. Overall very pleased with this bike, loaded her onto the trailer and strapped her down real good.  Got to tour the an old Ivory Processing plant where Bill keeps this bike.  Very neat place, screams for a "photography visit". After all paper/title work was completed, it was time to head back to MD.

3.  Made a metal bracket and fitted the National Cycle clear hand guard / wind deflectors.  Hoping that these will work well

Not really a modification, but the bike is in desperate need of freshening up the patina.  I know it's a GS and all, and it certainly does not need to be clean, but I decided to spend a little time on rust and caked dirt removal, and "lightly" spot painted the frame to cover the rust here and there.

10. Installed a set of Metzeler Tourance tires.  Bike feels so much more sure footed.  Highspeed weave appears to be gone.