This past weekend I loaded the R100 GSPD and headed to the Airhead gathering at the Golden Age Air Museum in Bethel, PA (Grimes Airfield). This is an annual event which I only recently learned about, what a fantastic venue and location! Mixing motorcycles, aircraft and being in company of good and like minded friends makes this a first rate event. 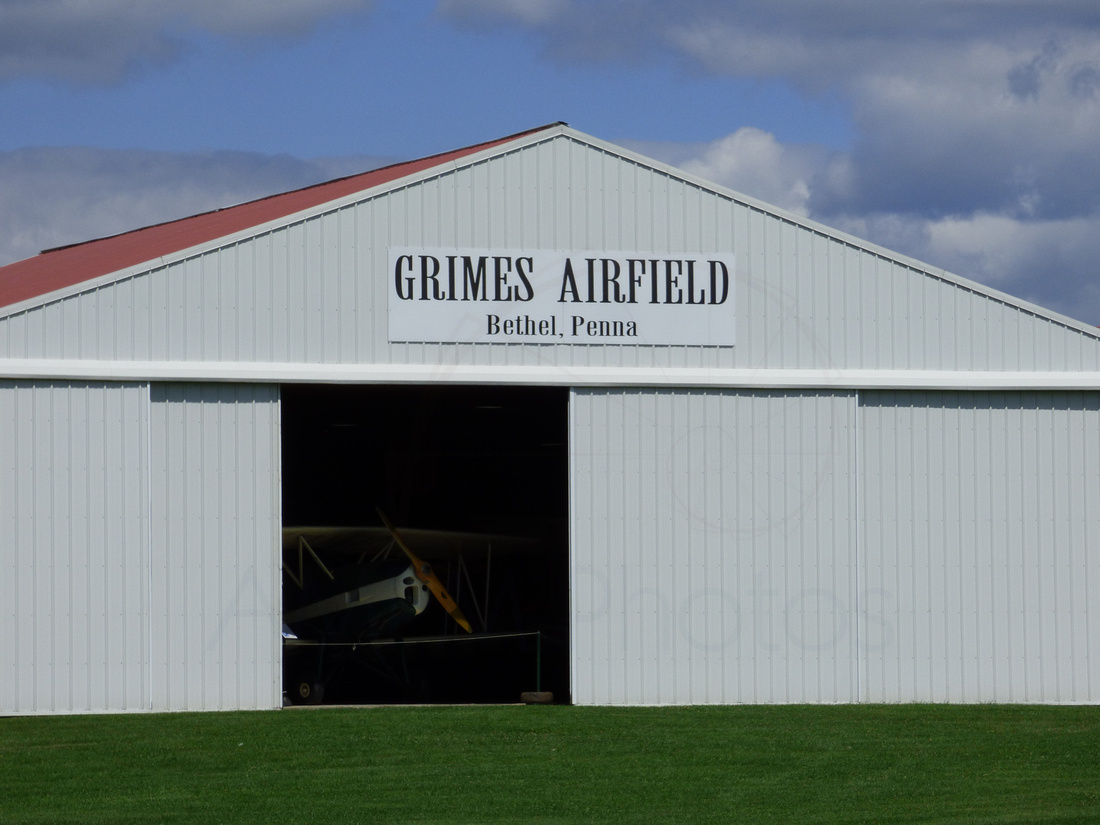 Friday evening, those of us that got the meal ticket were treated to a delightful dinner prepared by Mark L, Will and John (and I'm sure others), so thank you all! 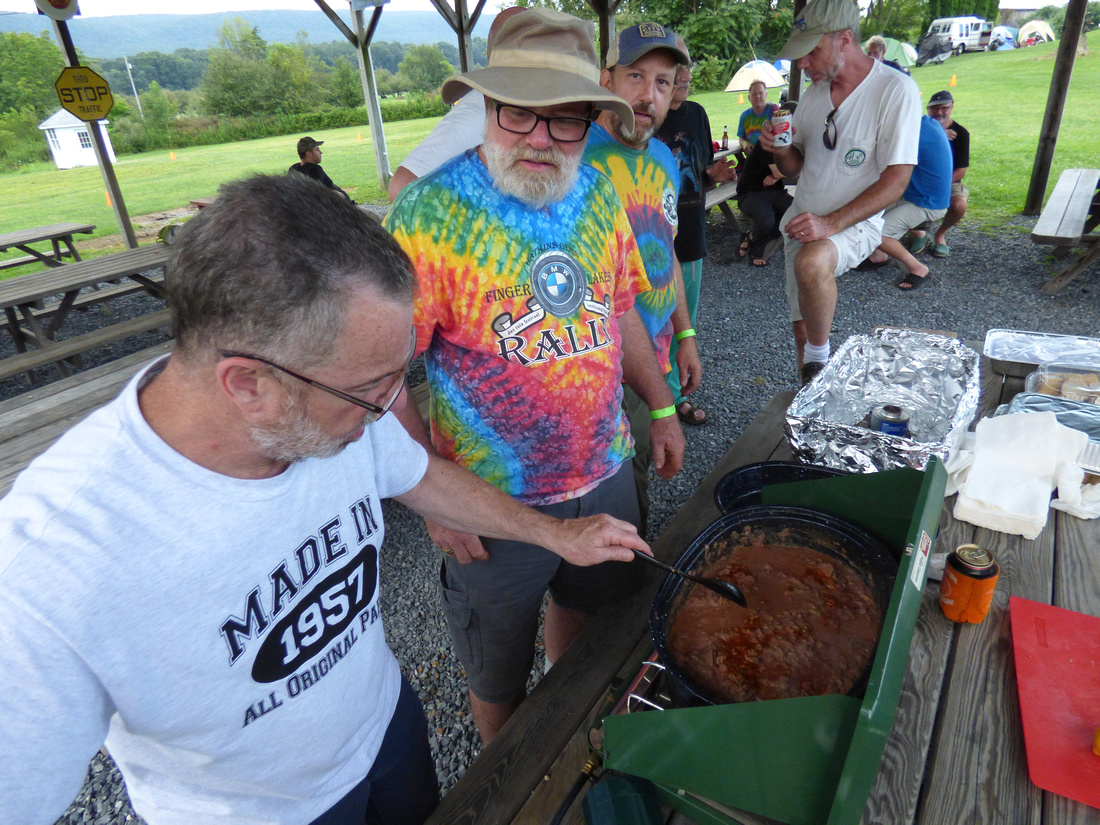 A great time was had by all, despite the "biblical" downpour and incredible wind gusts Friday night. Only one bike tasted the Grimes mud, was quickly righted and parked under the Picnic Shelter. Some of us stayed up and partied well past the last drop of rain fell from the sky early in the morning.

Saturday morning's coffee and doughnuts were long gone after I finally got up at 8am, head pounding and overall moving a bit slowly. Mark F and I took a quick ride to the local Sheetz for some breakfast and coffee.  I tacked on a quick local ride, and found a couple of spots that reminded me so much of Europe.  Pennsylvania is a beautiful state, especially in the less populated areas. 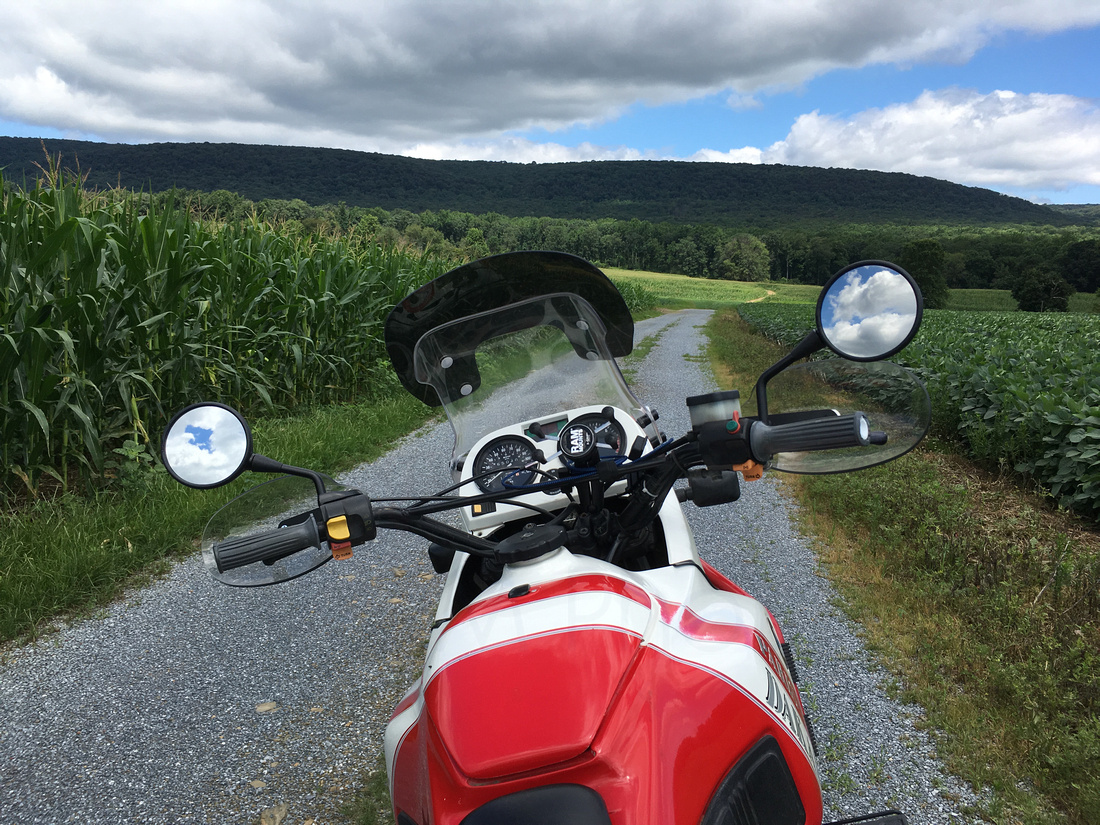 Quite a few more folks trickled in Saturday, some just came by for a visit, others found spots for their tents and stayed the night.  Much to my surprise my good buddies Duane H and Chris came out for a bit!  Chris rode his fairly new KTM 1290 Super Duke GT, holy smokes - what a machine!  Duane got to ride it home for awhile, gave me some stellar reviews except that ergonomically the foot peg location caused him some back discomfort.  I sat on it at Grimes, it fit me like a glove ...  Hmmmm (the LAST thing I need is another bike ...) 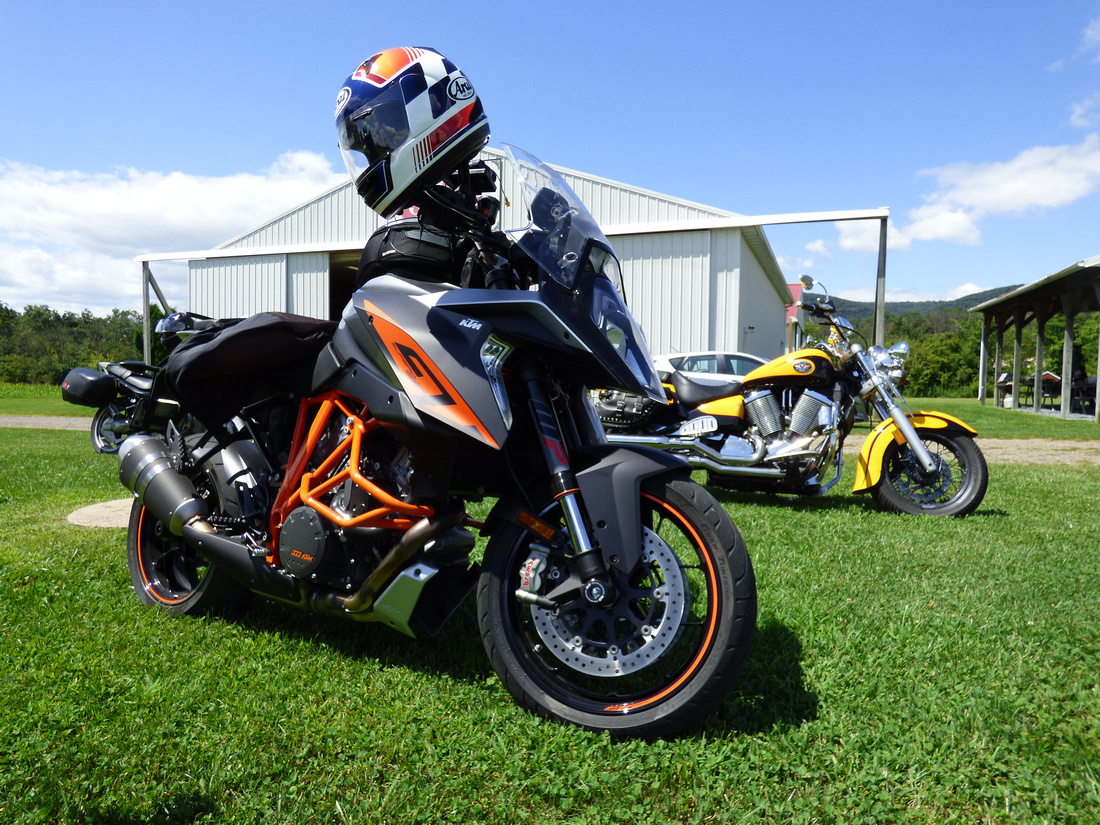 Jyl and Eric took their Biplane Scenic ride, mentioned what a thrill it was. Luckily their friend Murd was looking for someone to go up, I decided to join him, taking a ride in an authentic, open cockpit, 1929 WACO GXE biplane was probably the highlight of the day for me. 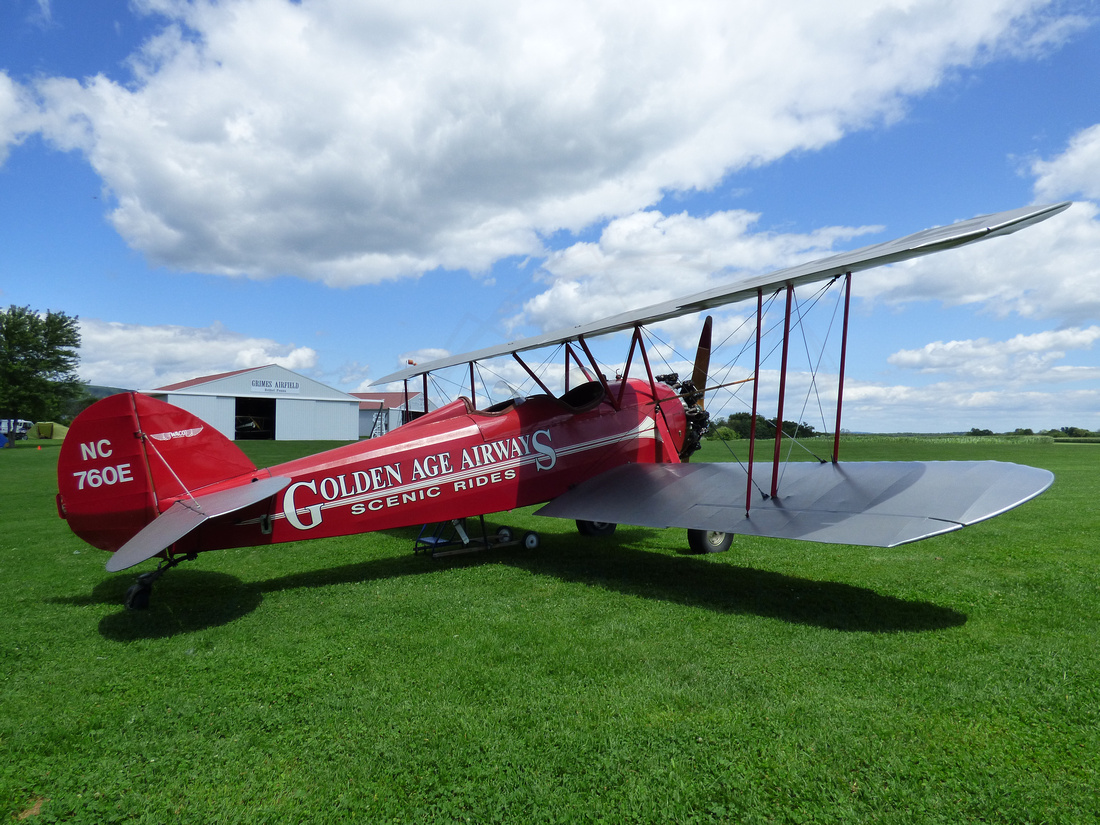 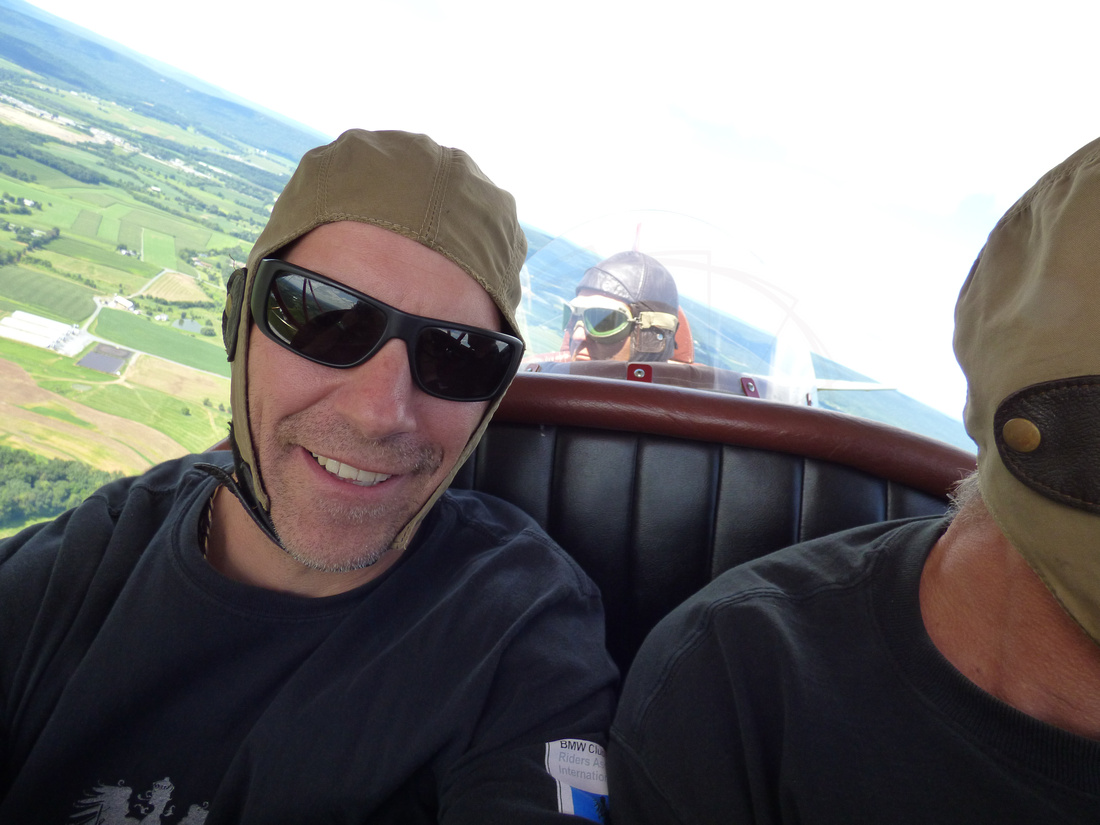 There was no "shortage" (get it?  look at the pictures below!) of technical advice being bestowed upon us by Don P and others. Caught him wrenching and checking various bikes, never requiring them to be put on a lift. The comraderie and knowledge exhibited by this group of airhead enthusiasts is second to none.  So much fun hanging out with this group of friends, with all having some interesting backgrounds, accomplishments and aspirations. 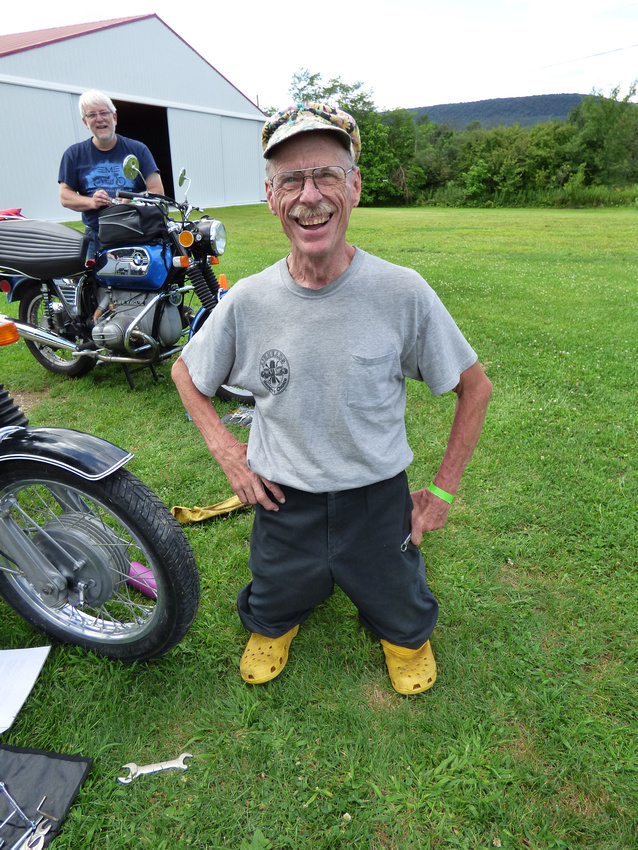 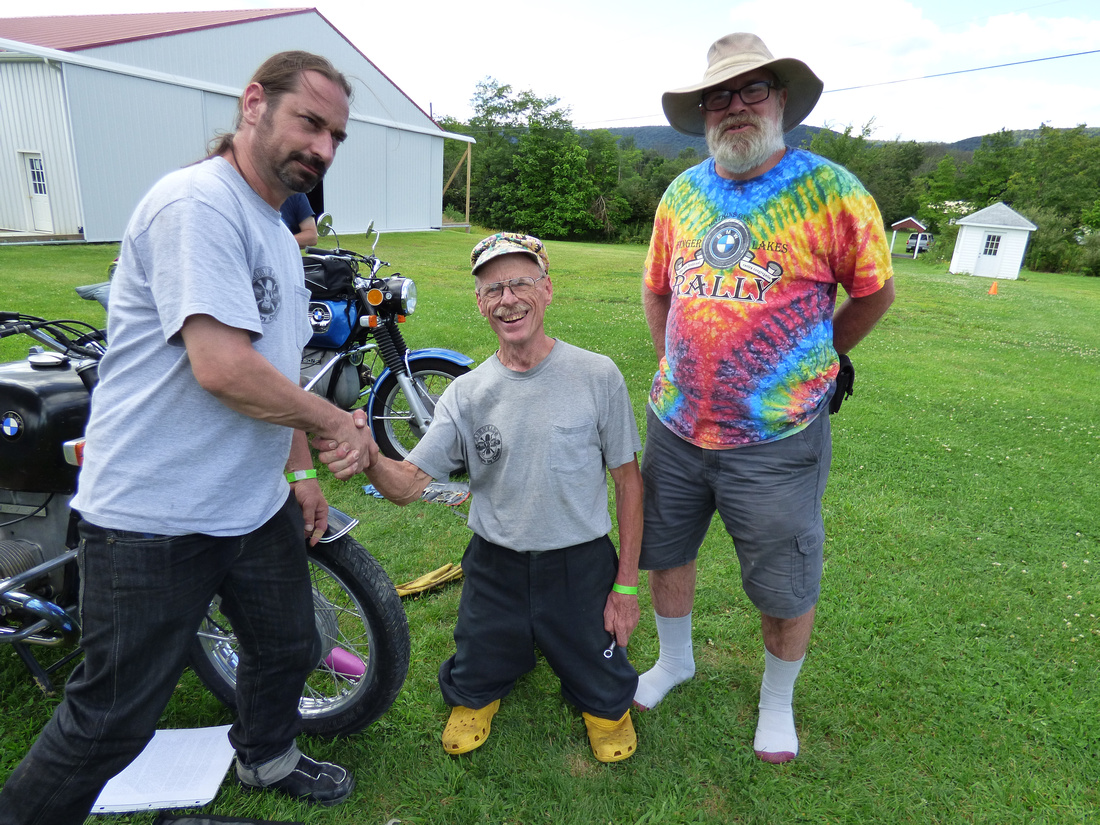 Saturday late afternoon we were treated to a catered chicken dinner and our own mini private airshow put on by Paul Dougherty flying the 1990 Christen Eagle II, while his daughter rated some of the acrobatic maneuvers to give her dad instant feedback. 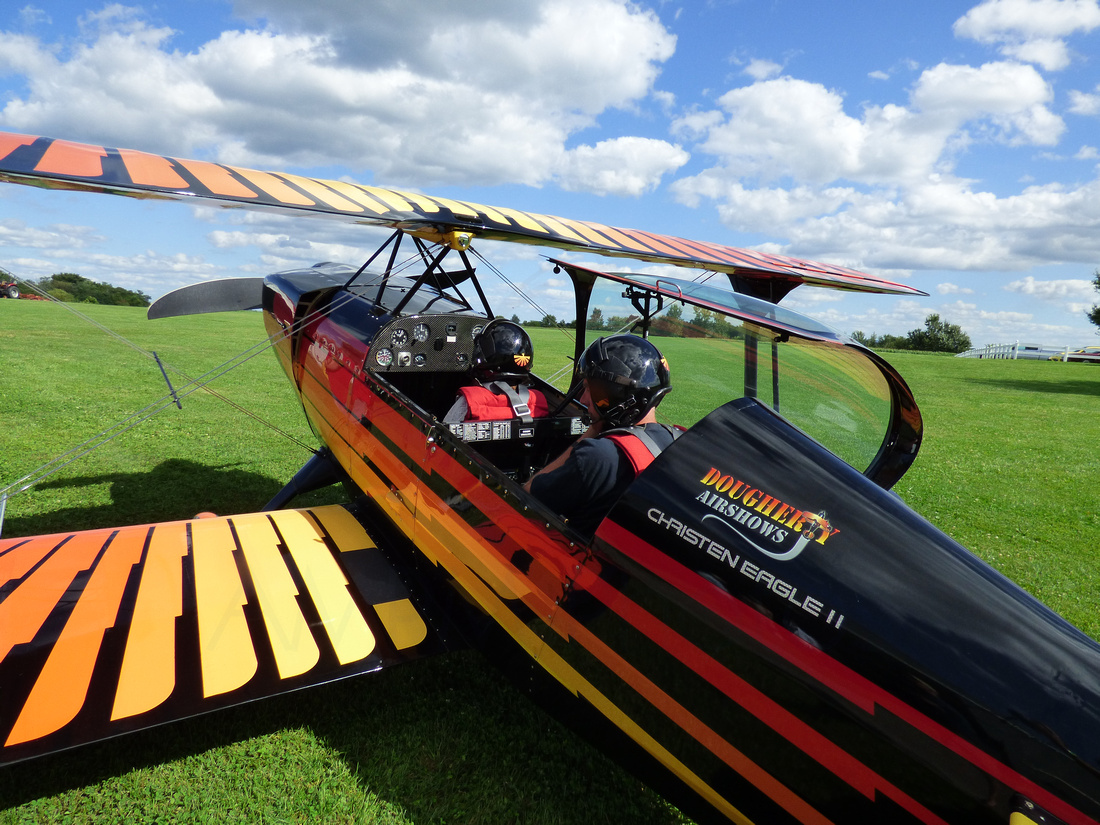 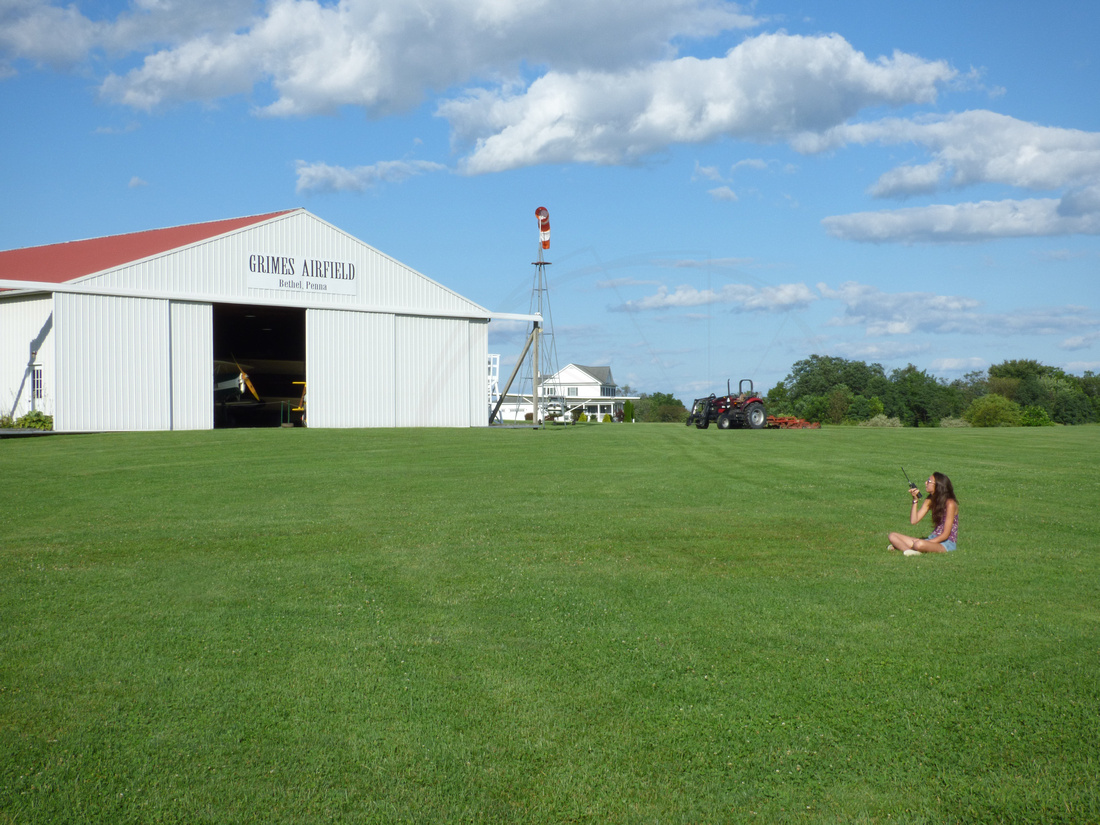 Mark L won the coveted Muskrat and will tend to it and it's beautiful wooden condo for this year, after which he will elect and present it to the next lucky recipient at Grimes in 2018. 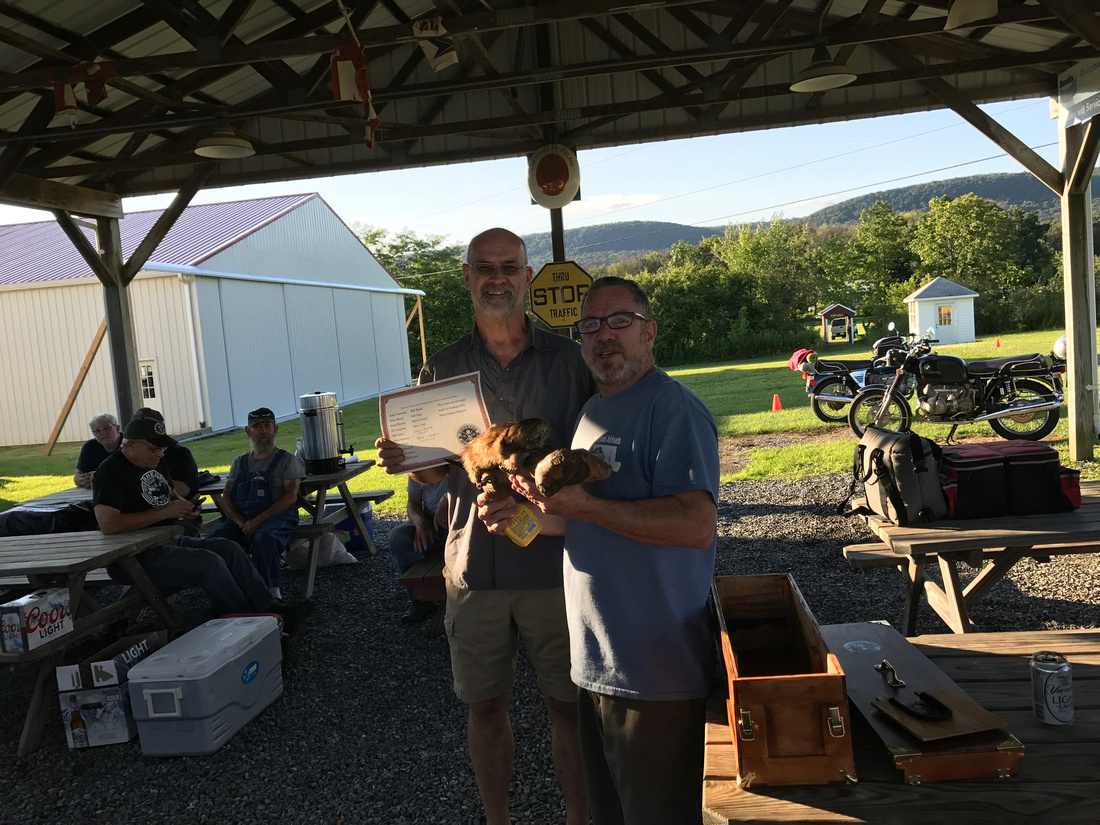 Saturday night started a bit like a repeat of Friday for me, but then "decided" to call it an early night to get at least a few hours of shut-eye.

Sunday morning started like a typical BMW rally, folks milling around the coffee pot, while others packed up and headed out at first light.  I took my time breaking camp, said my good bye's, took the southerly scenic route, crossed the Chesapeake Bay Bridge and was back in Annapolis by 13:30. What a great weekend!  Many thanks to all you all that organized and put on such a nice event! 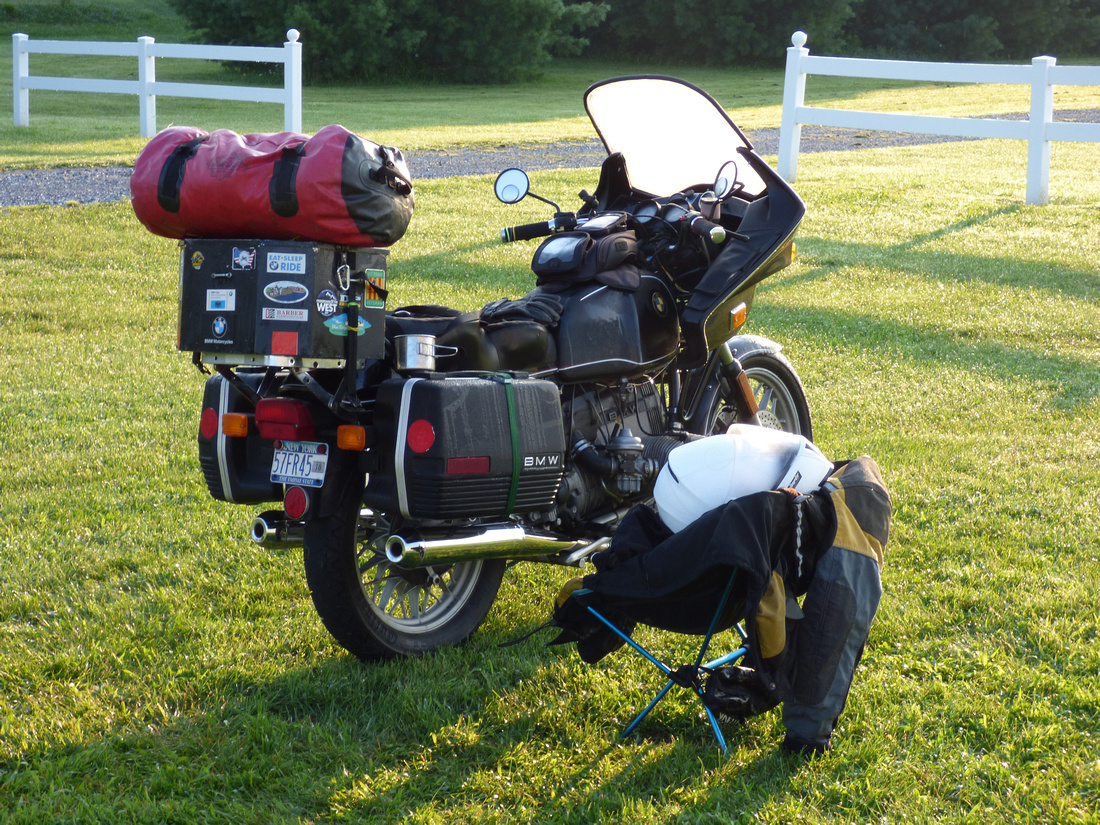 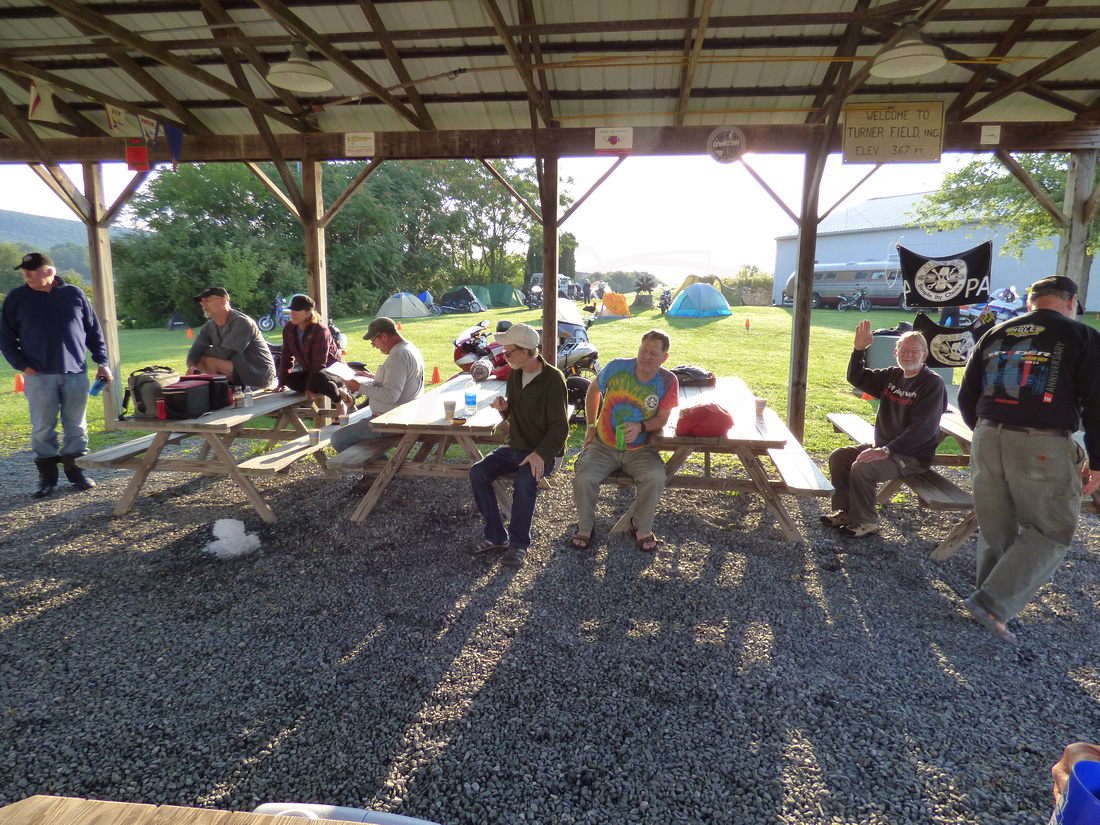