Personally, this is THE premier motorcycle event for me for this year, heck possibly of a lifetime! Here is a fantastic write-up by Todd Trumbore about how this event came to be.

Following is my personal account and perspective of this event.

Thursday morning I met up with fellow Maryland Airhead BMW enthusiasts, all of them riding an R100RS. Thankfully I was able to recently fix my faulty ignition switch and was able to ride my R100RS, with the fun twist being that my bike's Serial Number is 6180040 (40th bike produced). My bike called "Wings" is the third bike from the left. RJ(2) finished his R100RS just in a nick of time for the rally, his is the Silver Blue bike on the far right, also sporting a 9 gallon Heinrich tank sourced from the UK. 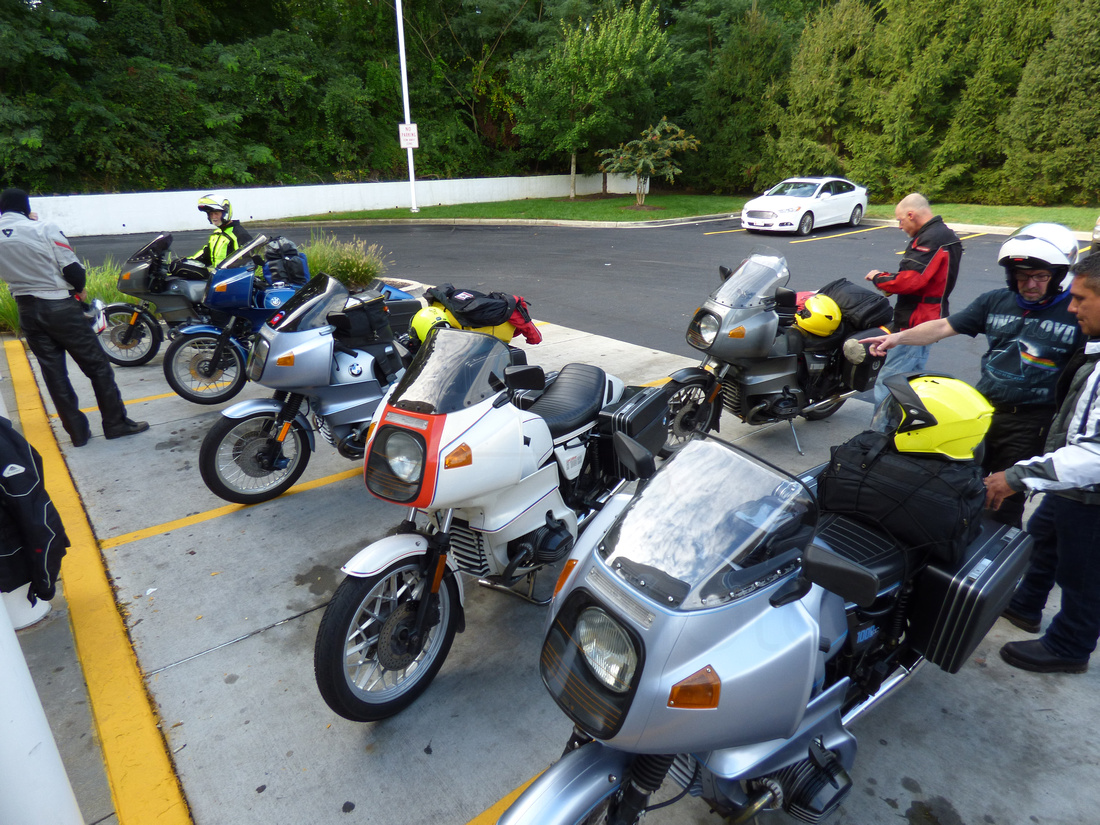 Many other enthusiasts of this model are already heading to the event from all corners, some ride reports were trickling in - this will be an EPIC event! Sadly Brook Reams from Colorado experienced a sad tip over, followed by a near fatal transmission issue that left him momentarily stranded. In typical airhead fashion, assistance soon arrived and he was able to still bring his restored R77 to the rally, with Tom Cutter addressing the transmission after the rally.

We enjoyed a beautiful ride via the Eastern Shore of MD, avoiding most of the slab and traffic, stopped at Schaefer's Canal House in Chesapeake City for lunch and then mushed onto Harleysville, PA. 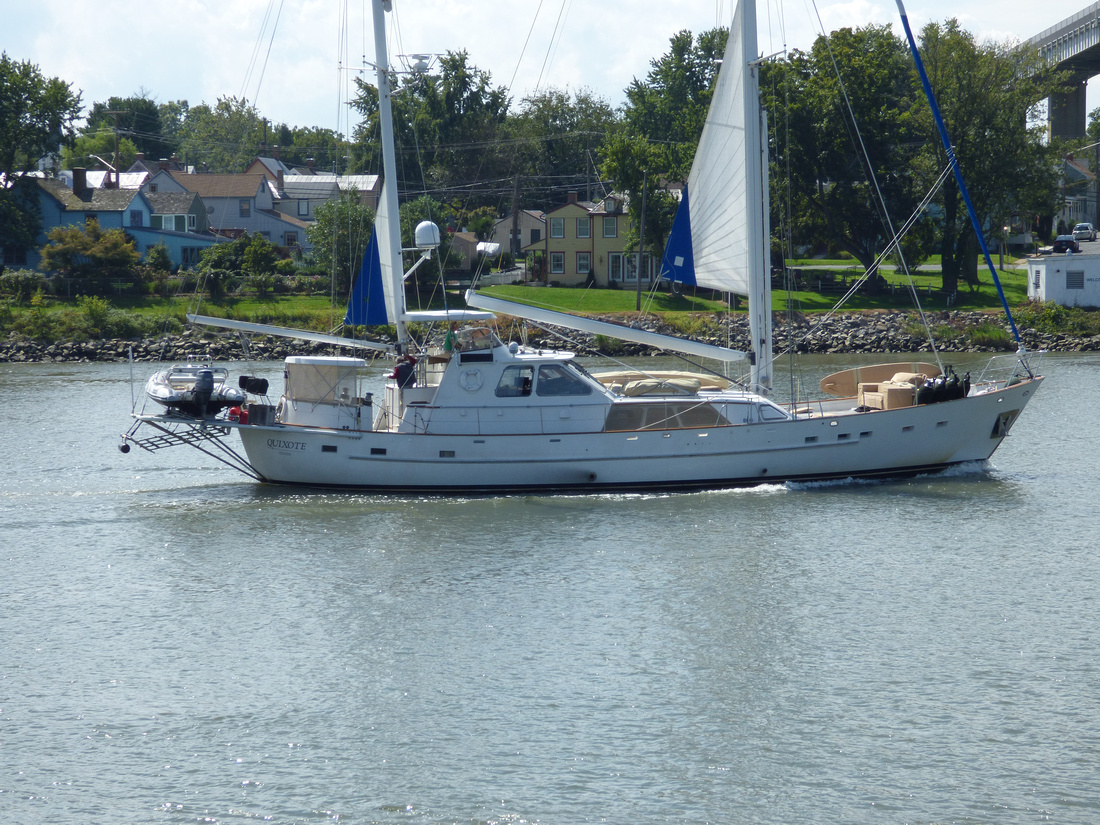 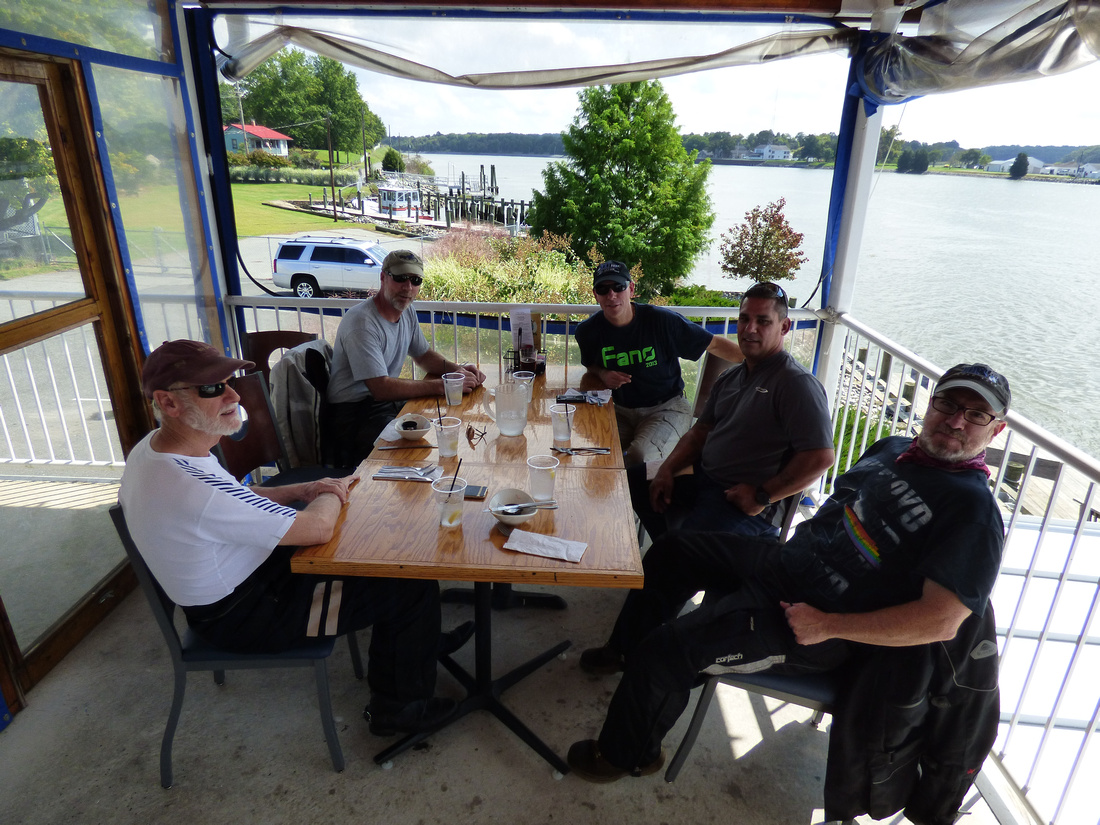 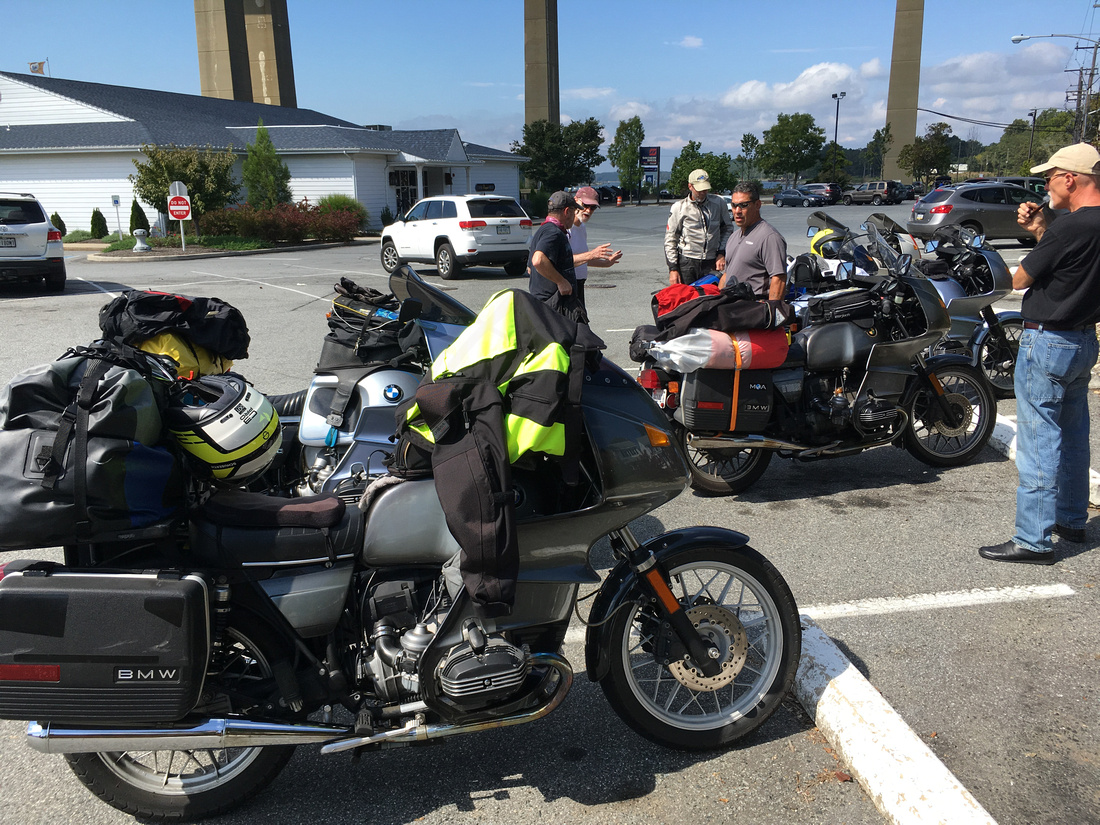 We arrived at Todd's around 3pm and were checked in by Laura.  I saw several R77's as we checked in, had to get off my bike and take some pictures right away - as a photographer I was so looking forward to seeing so many R100RS's in one place, AND to be able to meet Hans Muth - Epic. 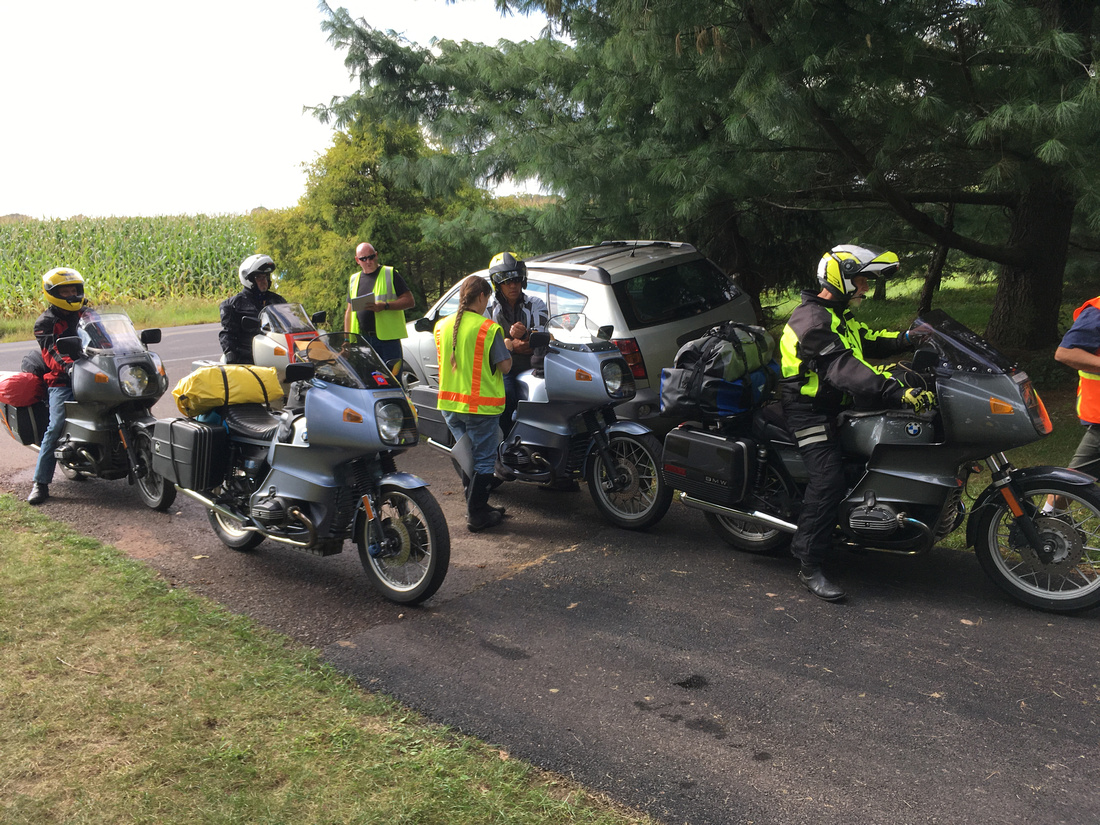 Getting Checked InMy crew is getting checked in 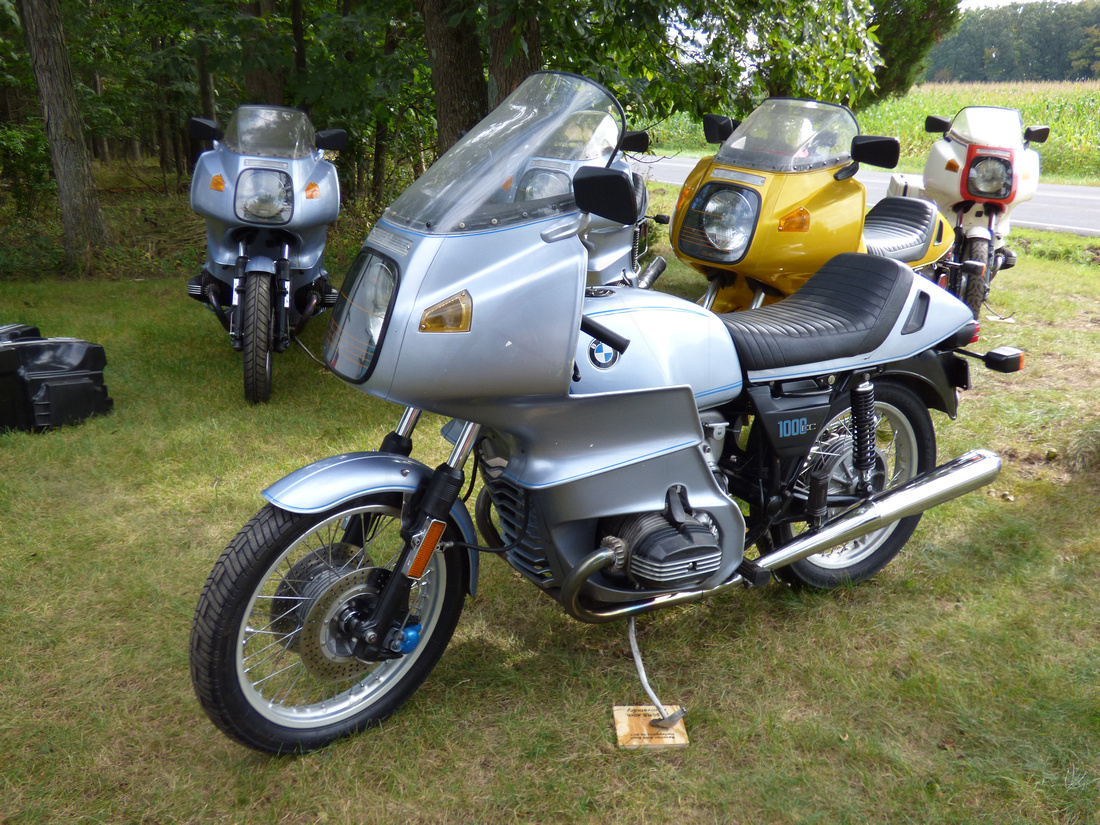 The rest of the rally can be best described as sensory overload, meeting so many nice folks, seeing the many variants of R100RS's and other bikes, being able to speak German again with Hans, Jochen, Harriett and Tommy. 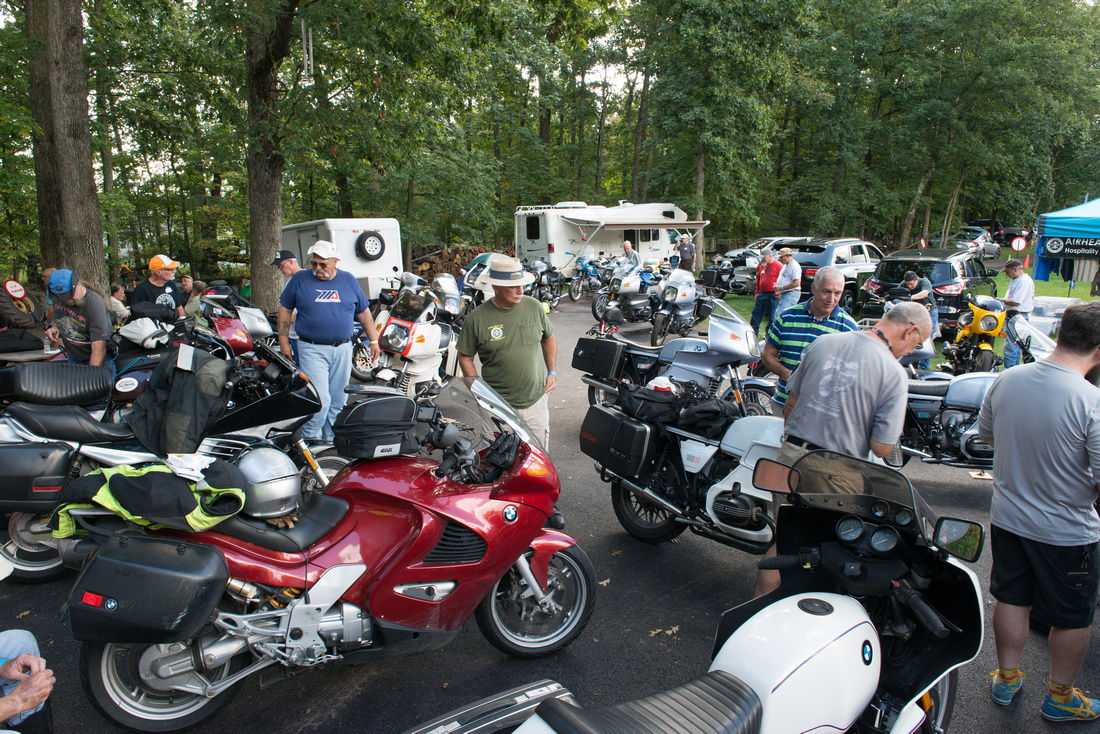 Tommy (Siebenrock's photographer) and I became fast friends, we setup a couple of photo shoots and shared many laughs over the next few days. 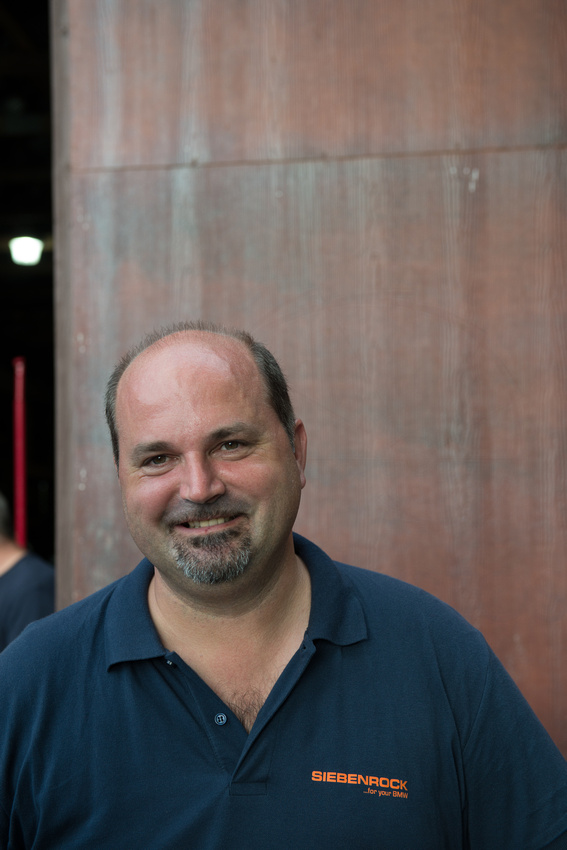 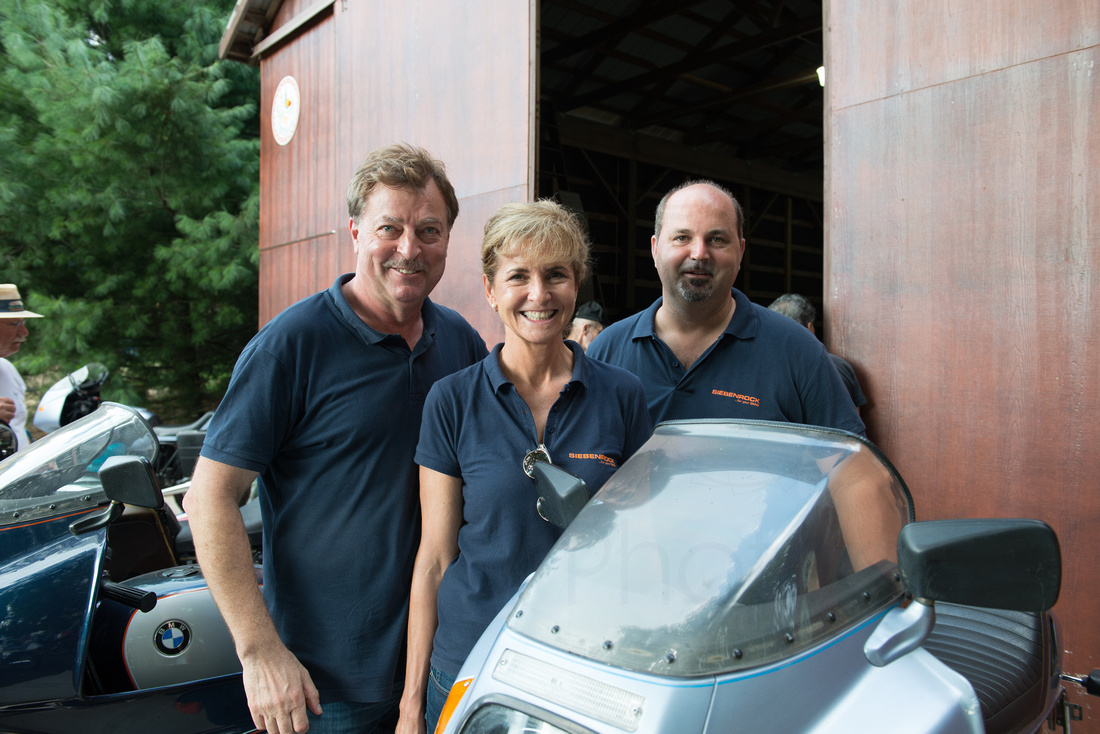 The Siebenrock's and Tommy (pictured above) are the nicest couple you will meet, of course some of us drilled Jochen on a few items we might like to see him add to his lineup of products. Didn't get to talk much too Udo Gietl, but very much enjoyed the presentation he gave.

The Line-up of first year R100RS's (R77 as we sometimes refer to them) was impressive, with Serial Number 1 stealing the show.  Tommy and I had some fun lining up the bikes to our liking and having a photo shoot. 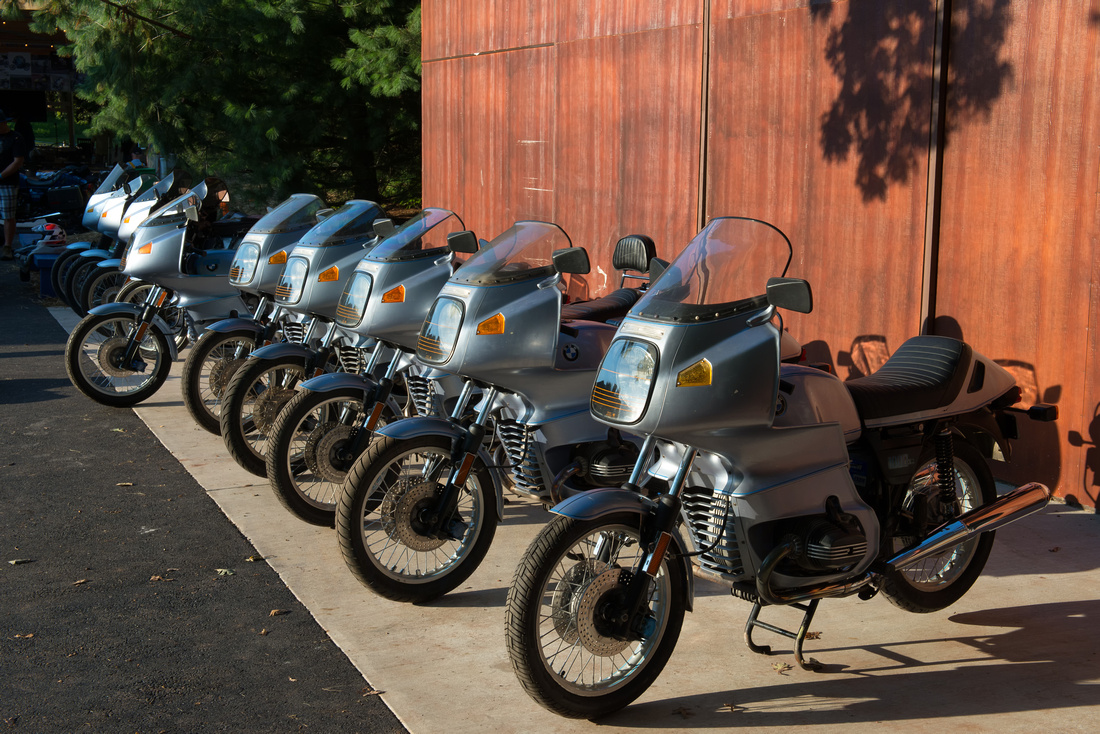 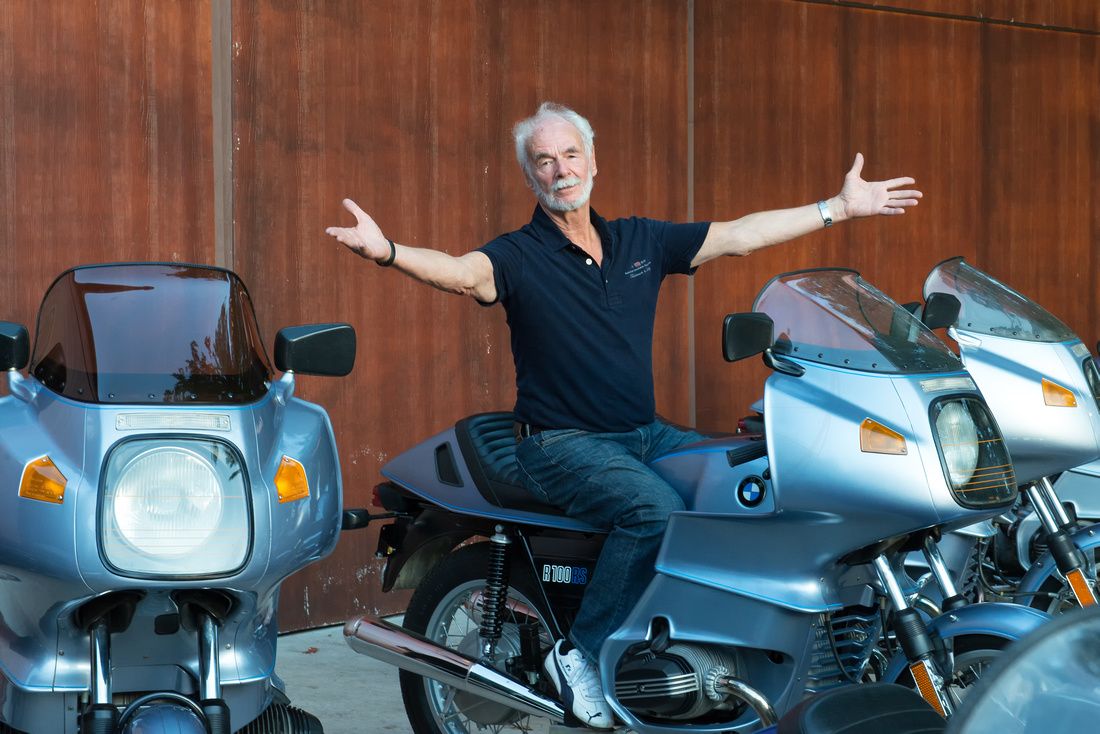 Being able to spend some time with Hans was just a treat.  His presentations were second to none, so nice to hear about certain design aspects of these machines right from the founding father. The trials and tribulation to sell his ideas to BMW Senior Leadership. The explanation for the color choice (and finish) and pinstripe color.  His display of witty humor as he described the 1 1/5 seat design. Pictured below, Hans and I were discussing the beautiful lines of Todd's 250cc Mondial. 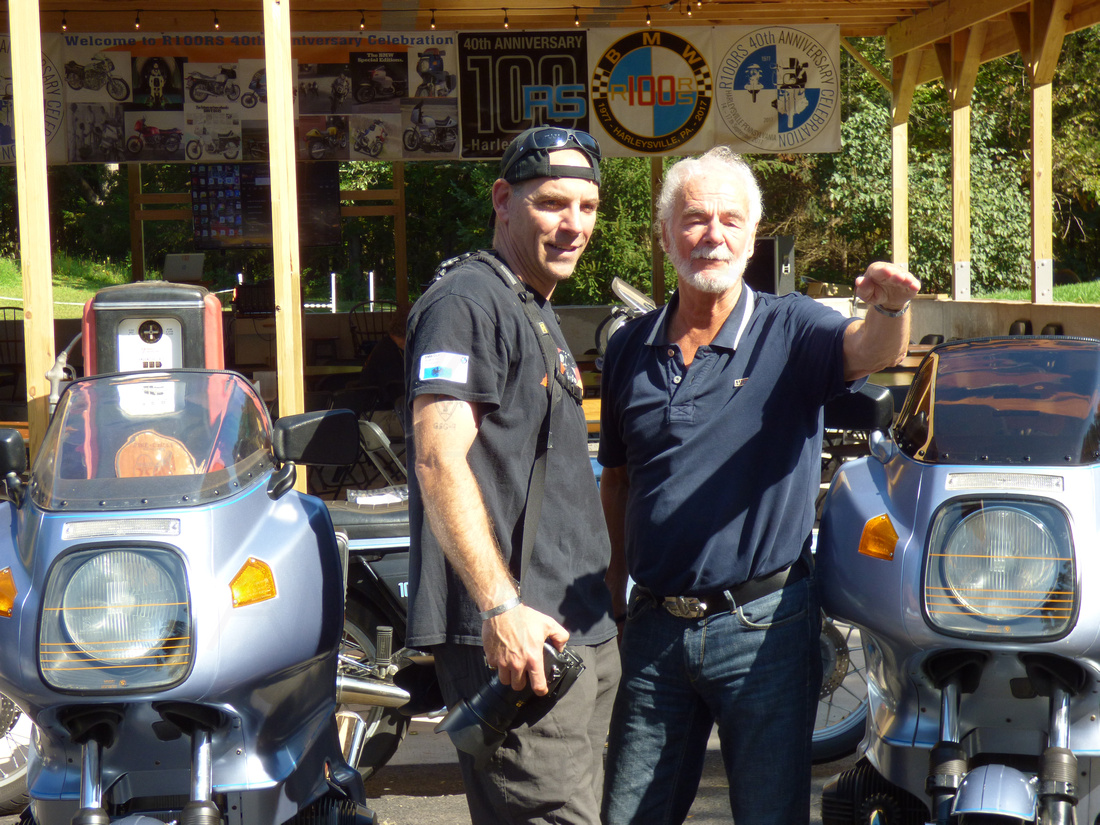 Many heartfelt thanks to Todd and Laura, whom have worked tirelessly for a couple of years on logistics and site prep to make this happen, thank you for the hospitality, it was the best rally I personally have attended.  Many thanks to Dr. Sue and Dave, Kimberly and sadly other support staff whose names I did not get.  Thank you Mac and Bob Henig, and many thanks to the distinguished guests Ed Bach, Udo Gietl, Tom Cutter, Tommy Weinz, Jochen and Harriett Siebenrock and of course the man of the hour (or 4 decades) - Hans Muth.

Mike Cecchini(non-registered)
I'm thinking you are a pro at this.......and it shows. ;)